The City of West Monroe and West Monroe West Ouachita Chamber of Commerce are proud to launch a new community pride campaign known as “Take West Monroe to the Next Level.”

Representatives from the City and Chamber of Commerce held a press conference on January 19 on the steps of City Hall to announce the new campaign in front of local business owners and civic leaders.

“Take West Monroe to the Next Level” is a community campaign to encourage business owners, residents, nonprofit organizations and others to take greater pride in West Monroe, particularly in the community’s appearance. West Monroe Mayor Staci Mitchell said the campaign is more than just about picking up litter. The campaign, she said, encourages people to look at all aspects of our community – homes, storefronts, neighborhoods, waterways, public places, etc. The campaign also encourages people to become actively involved in their community.

The public will have the opportunity to become more involved as the City of West Monroe hosts public visioning sessions in February to kick off a citywide master planning process. Community members will be invited to attend the public sessions and offer their input on key issues such as housing, economic development and parks and recreation. Specific dates and times for those sessions will be announced soon by the City of West Monroe.

In an effort to encourage businesses along this corridor to enhance their appearance, Keep West Monroe Beautiful is offering two grants of $250 each to be used toward exterior improvements such as paint, landscaping, signage, etc. To apply for one of these grants, please contact Ouachita Green at (318) 355-5622 or info@ouachitagreen.org

Those interested in learning more about the campaign can contact the City of West Monroe at (318) 396-2600 or mayorsoffice@westmonroela.gov or the WMWO Chamber of Commerce at (318) 325-1961 or lstrode@westmonroechamber.org 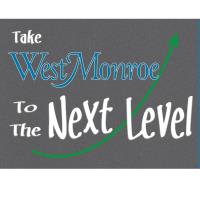