The William Randolph Hearst Foundation has awarded $125,000 to the Edward Via College of Osteopathic Medicine (VCOM) to fund scholarships for 50 VCOM medical students pursuing careers in primary care medicine.

In receiving news of the grant, VCOM President and Provost Dixie Tooke-Rawlins said, “We appreciate so much the commitment of The Hearst Foundations. As a medical school committed to educating physicians to serve rural and medically underserved populations, and a focus on the southern Appalachian and Delta regions of the southeastern United States, our mission aligns well with the commitment of the Hearst Foundations. The scholarship will help to support our students with this goal as well as the lives of the patients they will serve.”

President Tooke-Rawlins also added, “From its earliest beginning, VCOM has recruited students from, provided training in and returned qualified graduates to the southeastern United States. More than 47% of our students are from rural communities of less than 30,000, with 23% coming from communities of less than 10,000. These scholarships from the Hearst Foundations will assist our students who have a commitment to returning to these regions to serve.”

Last year, with the opening of a fourth campus at the University of Louisiana Monroe, VCOM became the largest provider of physicians in the southeastern United States and the second-largest in the country, enrolling 650 new students each year. The four VCOM campuses are located in the southeast United States where the largest physician shortages exist and life expectancy is often up to 10 years shorter than the rest of the nation. The campuses located in southwest Virginia, Alabama, and South Carolina will graduate 476 new physicians in 2021 and raise the total number of VCOM physician graduates to more than 4,100.

About the Hearst Foundations

The Hearst Foundations are national philanthropic resources for organizations and institutions working in the fields of culture, education, health and social services. The Hearst Foundations identify and fund outstanding nonprofits to ensure that people of all backgrounds in the United States have the opportunity to build healthy, productive and inspiring lives.


About the Edward Via College of Osteopathic Medicine

The Edward Via College of Osteopathic Medicine (VCOM) is a private, 501(c)(3) non-profit osteopathic medical school in Blacksburg, Virginia (VCOM-Virginia) with three branch campuses located in Spartanburg, South Carolina (VCOM-Carolinas), Auburn, Alabama (VCOM-Auburn) and Monroe, Louisiana (VCOM-Louisiana). Founded in 2001, the College’s mission is to alleviate the critical shortage of physicians in Appalachia and the Delta Region by training medical students to become patient-centered physicians who focus on evidence-based medicine. The school places emphasis on recruiting students from rural and medically underserved areas. Over 66% of VCOM graduates have returned to this region and over 60% of VCOM graduates practice in a rural or medically underserved county.

For more information about the grant, please contact Thimothy Corvin, Vice President for College Development and Alumni Relations, at 540-231-7189 or tcorvin@vcom.edu. 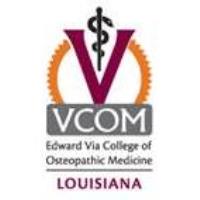