Kayak bass fishing is the fastest-growing segment of the sportfishing industry. Over 800,000 U.S. bass anglers say kayaks are their primary means of reaching prime fishing spots. Ouachita River and Bayou D’Arbonne Lake, Louisiana, will be the tip of the spear when, on September 5 and 6, bass fishing competitors from across the southeast will meet in a two-day “SuperTRAIL” catch-photo-release tournament.

Unlike conventional bass boat tournaments, in which fish are caught, placed in holding tanks, carried to weigh-in sites, and released hours later, kayak anglers catch, score, and release fish when and where they are caught.

Chad Hoover, KBF Founder and President, explained, “Kayak fishing competitors range in age from eight to eighty. For just a few dollars, fishermen are able to get off the bank and onto the water. Plugging into a kayak fishing club to fish events like this just adds excitement.”

Kayakers don’t require expensive, high-maintenance boat ramps. They’re able to slide their watercraft across the lakeshore and into the water at numerous public-access points alongside rivers, bayous and lakes, including park shorelines, lakeside roadbeds, and highway bridge abutments. Being able to launch at more sites and fishing singly promotes social distancing—something community health workers promote during this time of heightened pandemic vigilance.

Kayak anglers have discovered that they’re able to paddle into shallow, weed-choked places, portage around lay-downs and squeeze through narrow channels to reach water and catch fish that are out of the reach of other boaters. Often, kayak anglers end up putting more and bigger bass on the leader boards than their powerboat brethren. Length, not weight, is used to determine tournament standings. On Ouachita River and Bayou D’Arbonne Lake, the combined length of each angler’s five longest bass on Saturday and again on Sunday will determine the winners.

Over the past ten years, Kayak Bass Fishing (KBF) has organized and conducted fishing tournaments for paddlesports enthusiasts. Today, it runs over 400 events across the country each year. Most are “virtual,” on-line competitions where kayak anglers are able to fish lakes and streams close to home at their most convenient times. Some, like the Ouachita River and Bayou D’Arbonne Lake SuperTRAIL, attract anglers who will all fish the same body of water during set hours. In either case, bass are photographed on measuring boards and then released, and the photos are uploaded to tournament management systems through smartphone apps. Families, spectators, and other competitors are able to keep track of each competitor’s progress through the day by viewing the photos and scores on website leader boards.

The top 25% from each kayak bass competition qualify to fish KBF Championships, like one scheduled to be held in Louisiana in 2021. Cash prizes—paid out to the top 10—are increased by sponsors’ bonuses and big bass awards.

With pandemic assembly restrictions in place, competitors visiting Monroe for the Realtree Fishing KBF Southeast Region SuperTRAIL presented by Dee Zee will practice social distancing, and will assemble for only Saturday and Sunday evenings to present awards at 2 Dudes restaurants. Be on the lookout for kayakers in Monroe and West Monroe and on the lakes, sloughs and bayous as they prefish and compete over the next few weeks. Follow the Live Leaderboard over the two days at  https://live.tourneyx.com/?id=8964


About Kayak Bass Fishing (KBF)—While still on active duty in the U.S. Navy, Chad Hoover pioneered modern kayak fishing and has worked with a number of manufacturers to design and build kayaks and gear especially suited for fishing. He authored the “paddlesports fishing bible,” Kayak Bass Fishing, and hosts The Chad Hoover Fishing show– a TV series that reaches over 100 million US households through FOX Sports National, Sportsman Channel, and World Fishing Network. In 2010, Chad launched KBF and began organizing and running kayak fishing tournaments as a way to raise the sport’s profile and attract more people to enjoy the sport he was instrumental in establishing. 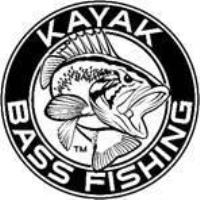